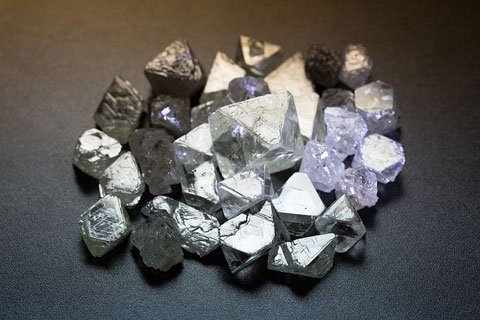 Zimbabwe’s diamond sector is poised to “shine brighter” on the back of private capital coming on board to augment State operations.

With President Mnangagwa’s Zimbabwe’s open for business mantra, which seeks to draw private capital into the economy, private players are coming on board to lead what looks set to be a diamond revolution in the short to medium term.
Murowa Diamonds, a subsidiary of RioZim Limited, has set the tone unveiling plans to plough in US$450 million for an extensive expansion drive at their operation in the Midlands Province.

Elsewhere, the world’s largest diamond mining concern — Alrosa — which boasts of an annual turnover of 35 million carats has made huge strides at the Malipathi Diamond Project with exploration work in full swing.
The Russian diamond mining behemoth is partnering ZCDC in the project and early indications on the ground are the Special Grant potential for commercially viable rare and high-value diamonds.

Another miner, Anjin Mining Company, whose operation was reopened by President Mnangagwa in August last year, is investing US$38 million at their Chiadzwa operations that is set to boost production.
“Through various policy interventions, a foundation for the achievement of a US$12 billion industry has been and is being laid out,” said the Minister of Mines and Mining Development Winston Chitando in The Sunday Mail.

“Murowa Diamonds intends to invest upwards US$450 million in the expansion of diamond production.
“The project involves the change in mining method from open cut to underground mining for all three of their kimberlite pipes,” said the Mines Ministry.
In 2020, Murowa Diamonds produced 568 222 carats and is targeting an annual turnover of over 1 million carats by 2025 under their expansion project.
With President Mnangagwa on record stating his desire to see the economy creating employment, Government will be pleased to note that Murowa already has a workforce of 601 and is set to create more — thanks to the expansion.
To give impetus to the expansion, Government has already granted the project National Project Status.
On the Malipathi Diamond Project being spearheaded by Alrosa Zimbabwe, which is a creation of Alrosa and ZCDC, Government envisages the project straddling four provinces.

This comes as Government with support from private investors is moving to maximise returns on resources.
“Following the signing of a joint venture agreement between the ZCDC and Russia’s ALROSA in 2019 to develop diamond fields in the country, exploration work is now in full swing,” said the Ministry of Mines and Mining Development.

“In 2020 Alrosa Zim began preliminary geological exploration and prospecting works at the Malipati site located in Matabeleland South.
“A lot has been done in setting up the exploration camp and assembling a diamond washing plant with a capacity of 1 tonne per hour of ore,” said the Ministry.

The operation, although still in the preliminary stages, has already employed 80 people and these are to increase as it moves to Maitengwe sites in Matabeleland North as well as in Manicaland and Masvingo Provinces.
In Manicaland Province, Anjin which has a workforce of about 500 people has so far, “invested US$38 million to resuscitate operations,” said the Ministry of Mines and Mining Development.

“Anjin Mining Company intends to achieve a target production of 900 000 carats in 2021,” said the Ministry.-miningzimbabwe.com