President Emmerson Mnangagwa was the guest of honor at the programme launch held on the 20th of December at Gandauta Primary School in Chiadzwa.

The project dubbed the Shared Value: Improving and Sustaining Live hoods programme complements government’s Command Livestock initiative which is aimed at revitalizing the communal herd which has been deteriorating due to inbreeding.

The programme will entail the creation of Livestock Incubation Centres in Manicaland Province.

The launch in Manicaland follows previous launches that have been done in Matabeleland, Insiza District with Zimplats and Midlands, Zvishavane, with Mimosa. Outstanding provincial launches are for Mashonaland West, Mashonaland Central and Mashonaland East.

The programme will entail the creation of Livestock Incubation Centres in Manicaland Province, where training in sustainable livestock rearing and crop production will be undertaken. 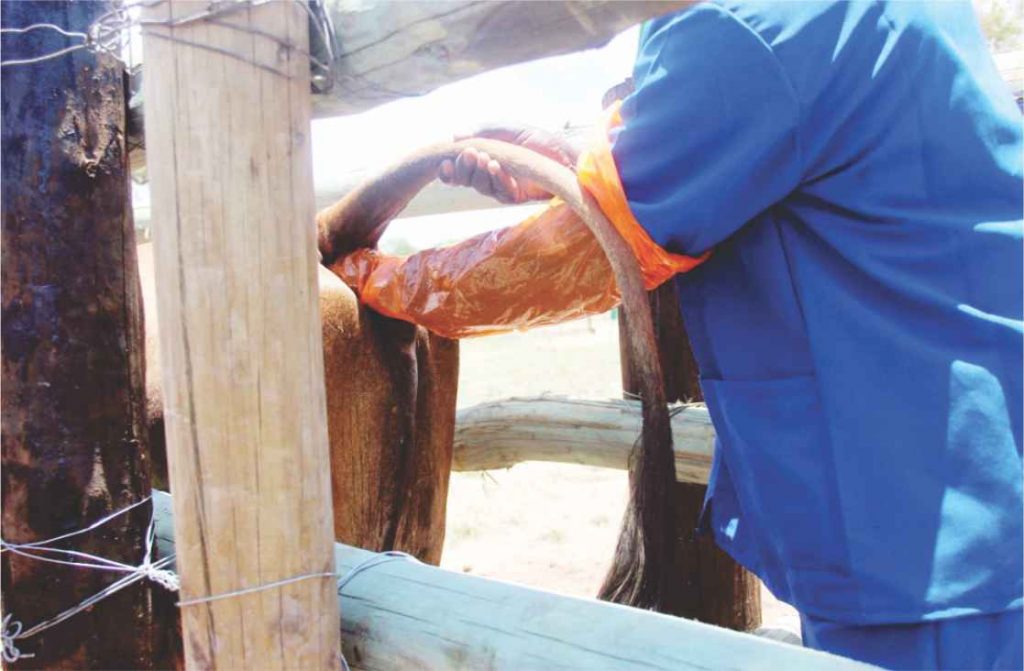 The first phase is targeted at inseminating 6000 semen straws into a livestock population of 3600 and this should potentially produce 1 800 bulls and 1 800 heifers.  The second phase will increase the total semen straws to 16 000.

The cattle breeds that will be used as part of the Livestock Revitalisation Programme are Boran,Tuli and Mashona. These breeds are both adaptable to Zimbabwe communinal areas as well as popular for their resilience and general weight.

These breeds will improve communal livestock by providing pedigree strength associated with each cattle type.

The first phase of the project focuses on the artificial insemination intervention to improve indigenous cattle genetics, which should improve rural incomes ultimately leading to better livelihoods.

So far the Manicaland program has managed to cover three steps whereby a suitable site was identified at Agoni dip tank in Marange. Beasts from the area were vaccinated in a process led by the department of  Livestock and Veterinary Services.

The company has also held community liaison meetings in Marange to sensitize the community on the livestock initiatives. Farmers within the area have embraced the programmes and have requested for the program to be extended to other animals including goats.

A successful launch was held at Gandauta Primary School where the President of the Republic of Zimbabwe Cde Emmerson Mnangagwa was the guest of honor, also in attendance was the vice President of Zimbabwe Rtd General Constantino Chiwenga among other Ministers.

Meanwhile, Chief Marange thanked Government and the President for development programmes they have initiated in the Marange area since his Government came into power last year.

The next step will be the grading of animals, artificial insemination and monitoring and evaluation.

ZCDC not only does the shared value programme ensure that people of Manicaland see diamond mining in a different light but shows that Zimbabwe appreciates that combined efforts of stakeholders will deliver long term benefits.