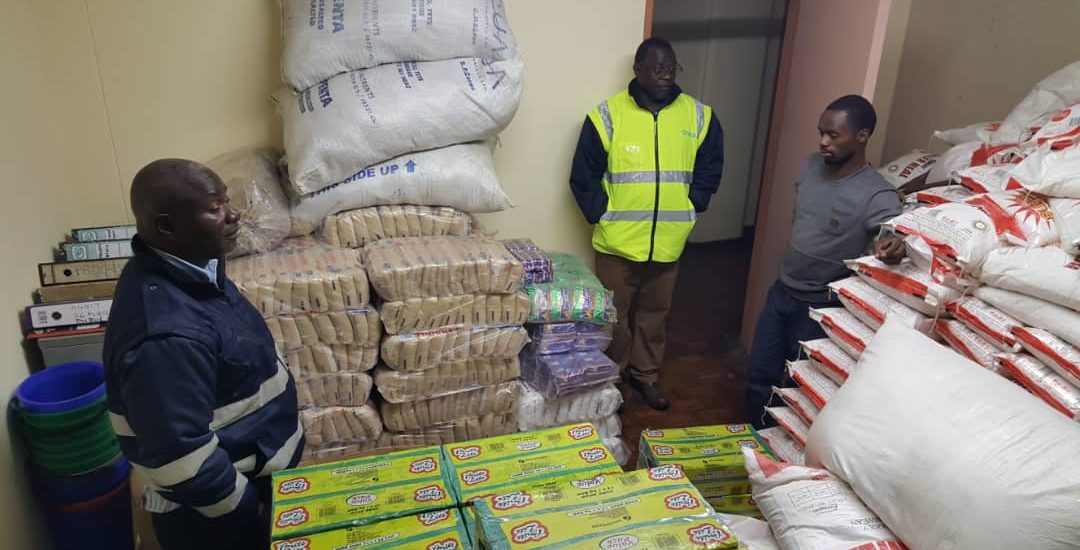 Food donated to victims of Cyclone Idai by ZCDC

From 15-17 March 2019, Zimbabwe experienced one of the worst torrential rainfalls caused by Cyclone Idai which hit the eastern part of the country. Resultantly, there was loss of life, thousands displaced, millions of dollars worth of property and infrastructure destroyed while development gains in the province were reversed.
Cyclone Idai caused high winds and heavy precipitation in Chimanimani, Chipinge, Buhera, Nyanga, Makoni, Mutare Rural, Bikita,

Masvingo and Gutu District causing floods which also claimed livestock and crops. Health care facilities were also damaged while the electricity supply system affected. Most people were left with no food blankets and shelter.

His Excellency, the President of the Republic of Zimbabwe Cde. Emmerson Mnangagwa declared Cyclone Idai a National Disaster and two days of mourning. It is against this backcloth that a call for assistance was made. Individuals, business people, churches, corporates, non-governmental organisations, the international community and other countries responded to this
clarion call.

ZCDC’S CONTRIBUTION
● Food, grocery, blankets and drugs donation
● Mobilised a helicopter from MARS to assist with rescue operations, airlifting of doctors and medical supplies
● Embarked on an educational awareness campaign on print and electronic media
● Provided earthmoving equipment to help with road rehabilitation