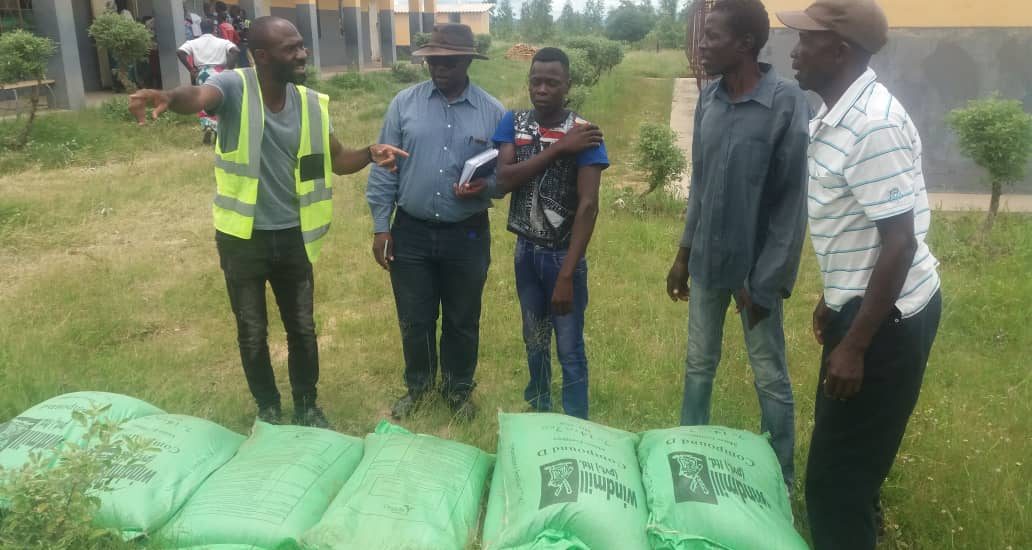 SCORES of villagers at Arda Transau heaved a huge sigh of relief after receiving farming inputs from the Zimbabwe Consolidated Diamond Company (ZCDC). Minister of State for Manicaland Affairs Dr Ellen Gwaradzimba recently admitted at a diamond mining indaba that livelihoods of people at Arda Transau has been a thorny issue.

“Arda Transau has been a thorny issue. People have been threatening to besiege my office and do some press-ups. I can only say alcohol is spoiled the day it is brewed. When people were given houses, they were not given something to sustain their livelihoods.

“We are now working on a model to ensure that they have necessary amenities at Arda Transau. This is work in progress and very soon we will come out with a sustainable plan for them,” she said.

However, ZCDC appears to have taken heed and has since started making initiatives to ease the burden of the relocated villagers. ZCDC corporate affairs executive Mr Sugar Chagonda said:
“The donation of agricultural inputs to the relocated families at Arda Transau is part of ZCDC corporate social responsibility programmes. The essence of the programme is to enhance food security in the community. We are working closely with the community in spurring the development of various projects aimed at uplifting their livelihoods.

“Recently, we successfully launched the Arda Transau sorghum production project. These are sustainable community empowerment projects being funded by ZCDC beyond other initiatives in other clusters like infrastructure development, health, water and sanitation, education, sport and recreation in the communities across Manicaland and beyond.”

“This is something that we have been crying for as villagers whose livelihoods were greatly disturbed by the movement from Chiadzwa where we had been settled for generations.

“I am one of the people that were relocated from Chiadzwa. It has not been easy since we resettled here. There is hunger in this area because we do not have jobs as a community,” she said.

Mr Donald Masvaure, the Arda Transau Relocation Development Trust chairperson – a community based organisation that represents the interests of villagers relocated to Arda Transau – said they had been neglected for a long time.

He heartily thanked the diamond mining company for coming to their rescue in pursuit of food security at household level.

“We really appreciate this initiative. We have been neglected for a very long time and we want to thank ZCDC for finally doing the right thing. They have empowered us by giving us the rod and not the fish. Now we can work for ourselves in the fields to produce food.

“As the leadership of a people that had been neglected we are thankful for this gesture and hope this marks the improvement of relationship.

We are looking forward to a win-win partnership with ZCDC,” he said.

Councilor Mujaji, of Ward 3 Odzi Cormercial, which covers the area, also thanked the diamond mining concern for the gesture.