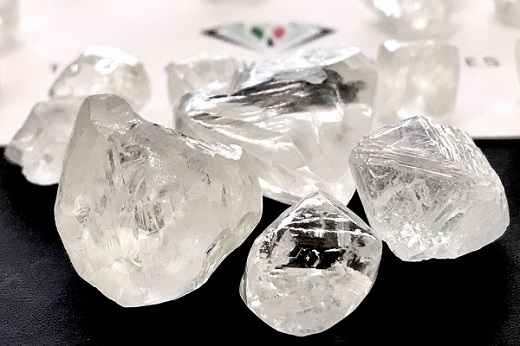 Trans Atlantic Gem Sales (TAGS) sold “almost 100%” of the goods on offer at a rough tender in Dubai earlier this month as buyers showed optimism ahead of the holidays, the company reported.

The group, which sells diamonds on behalf of producers and artisanal miners, offered around 45,000 carats with a value of $35 million to $40 million, it said last week. A total of 130 companies attended the event at the Dubai Diamond Exchange (DDE) from November 17 to 23, with 42 making purchases.

“Several months of severely restricted supply by the leading producers, coupled with a better-than-expected recovery in China and the Far Eastern markets, has led to a reduction in polished stocks and improved liquidity in the midstream,” TAGS explained. “While there remains a question mark over the impact of the virus on consumer markets generally, for the time being there is some optimism for the Christmas season.”

As a result, demand for “correctly priced” commercial rough was strong, especially above 0.75 carats, the company added.

Israeli businesses were able to register for goods for the first time, following the recent peace treaty normalizing relations between Israel and the United Arab Emirates (UAE). Other bidders came from India, the UAE, Russia, China and Belgium.

TAGS sourced the diamonds from mines in South Africa, Namibia and Angola.