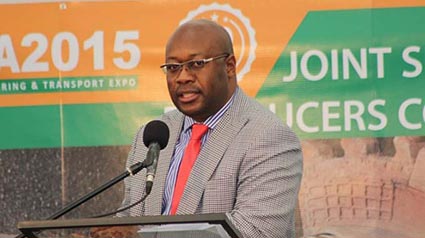 The country has made significant headway in its quest to grow the mining sector to US$12 billion in the next two years from US$2,7 billion realised in 2017 driven by planned, ongoing and completed projects.
While critics considered the target “ambitious” and “unattainable”, developments in the sector in the past three years have been encouraging.
The Government believes mining, which contributes 12 percent to GDP, is a critical pillar to support economic recovery, create decent jobs and a prosperous society.
Mines and Mining Development Minister Winston Chitando said recently “day-by-day, month-by-month production is increasing”.
In interviews with The Sunday Mail Business last week, experts said a combination of incentives and improved sentiment might help achieve set targets.
“A closer analysis on various mining projects paints a rosier picture,” research analyst Mr Carlos Tadya said.
“We are seeing much activity even in minerals that have not been fully explored before andnthis puts the country on firm ground to achieve the US$12 billion target.”
It is, however, believed Government has to double down on fixing key enablers such as rail and power supply.
“There is huge interest in mining that could be a result of anticipated boom in commodity prices, as well as improved business environment in Zimbabwe (since the New Dispensation took office in 2017),” said economist Mr Joseph Musarwa.

Gold
Notable progress has been made in reviving Eureka Gold Mine, as the processing plant has since been completed.
At its peak, the project is envisaged to produce 1,5 tonnes per annum.
Dellaglio Investment, which owns Eureka, said recently: “We are very proud of what has been delivered and looking forward to ramping up to full production in the coming months.”
The mine was closed more than 20 years ago.
Shamva Gold Mine — owned by Kuvimba Mining House — reopened in December following an investment of over US$8 million to resuscitate the mine and US$1 million for exploration.
It plans to produce 400 kg of gold per annum by 2023.
Over 800 workers who had been laid off have since resumed work, with more expected to be taken on board once the mine completes its expansion.
Kuvimba has also injected US$6 million for the expansion of Kwekwe-based Jena Mine, which will see output rising from 24kg of gold to 83kg.
Overall, the firm, which is owned by Government, intends to raise US$1 billion for variousmining projects in platinum, chrome and nickel.
Another gold producer, Blanket Gold Mine, recently completed its central shaft expansion programme that is already paying dividends.
Last week, it reported that production in the first six months of the year rose by 8 percent to 847,8 kg (29 907 ounces) from 786kg (27 732) in the comparable period a year earlier.
Production in July was 170 kg (5 995 ounces), a further increase in average monthly production and demonstrates that Blanket is on track to achieve its production guidance of 1,7 tonnes to 1,89 tonnes (61 000 – 67 000 ounces) for the current year.
“Over 165 000 tonnes were milled in the quarter, which is a new record for Blanket and reflects the contribution of Central Shaft which is now operational,” said Caledonia chief executive officer Mr Steve Curtis in a market update.
Caledonia is Blanket Mine’s parent company.

Nickel, granite & oil
Similar headway has been made in other sub-sectors.
Trojan Nickel Mine, for example, completed its shaft expansion programme during the first three months of this year.
There has also been significant investment in black granite, with Dingmao Mining Mutoko planning to add five more polishing plants by October 2022 to the existing two.
The increase in their granite polishing capacity would enable the company to polish 100 square metres per day.
Currently, they have granite polishing capacity to polish 25m2 /day.
Further, Yang Sheng is constructing a granite cutting and polishing plant, which has been completed and is expected to be up and running by next month.
But prospects in the oil and gas sector have been most promising because their potential to increase exports and create high-value jobs.
State-of-the art exploration equipment to be used by Australian firm Invictus Energy in a seismic survey to identify the best site for sinking oil and gas wells has since been delivered.
Preliminary investigations for commercially viable reserves of oil and gas in Zimbabwe have been encouraging. Similarly, an expansion project is already underway at RioZim’s Murowa Diamond Mine in Zvishavane.
Once completed it will raise capacity from 190 000 tonnes to 500 000 tonnes.
The current scope of works includes constructing a processing plant with a 500 tonnes perhour capacity.
Commissioning is earmarked for the final quarter of this year.

Coal & Platinum
Zambezi Gas’s northern coal pit is set to produce 100 000 tonnes per month, while Lokalise is looking to ramp up production from 80 000 tonnes per month to 200 000 by year-end.
Also, Sunrise Chilota is planning to develop an underground mine to produce 15 000 to 20 000 tonnes per month of coking coal by December.
Makomo, the country’s largest coal miner, is working on recapitalisation of plant and machinery.
There are also Chinese investments that will not only produce coal but electricity for the national grid as well.
In addition, firming commodity prices, especially for copper, have raised prospects of renewed investments in the sector.
While oil remains a key energy source, analysts believe the use of copper will play a critical role in replacing internal combustion engine vehicles with electric cars.
In terms of the platinum group metals (PGMs), Unki mine’s debottlenecking project will increase concentrator capacity from 179 000 tonnes per month to 210 000 tonnes per month, while Mimosa is investing in opening a new portal at North Hill to increase life of
mine. Likewise, Zimplats is investing in new mines to replace old ones.

Massive investment
One of the biggest boosts for the mining industry remains preliminary works for a US$1 billion carbon steel plant, including an iron ore mine, by Fortune 500-listed Chinese company Tsingshan Holding Group.
The project is projected to generate US$1,5 billion annually in exports. It will have a multiplier effect on the economy.
Equipped with a 1,5-kilometre-by-600-metre carbon and steel plant, an iron ore mine and a ferrochrome plant, the project will have a capacity of 1,2 million tonnes a year, while between 4 000 and 5 000 people will benefit through employment across value chains. – The Sunday Mail