How to solve the diamond industry’s great rift? 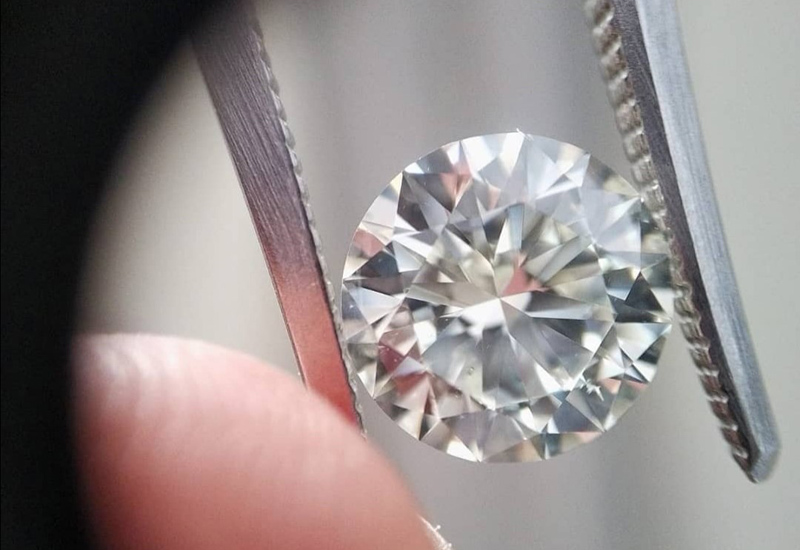 As the diamond industry begins to get back on its feet and look to a post-pandemic world, an internal issue is on the agenda that is threatening to boil over and requires urgent attention.

In the 1980s and 1990s it was plagued by the bad press that came with the conflict or blood diamond furore.

Large strides had been made by the end of the century, with the estimated portion of the market that conflict stones accounted for reduced from over 20% to a reported 1% in 2004.

Despite this success, the industry has never completely shaken off the reputation it gained during these years.

Growing consumer demand for provably responsible business practices in recent years has seen the spotlight once more fall on providers of diamonds and diamond jewellery.

Traceable, sustainable and ethical supply chains are now a must for any retailer or brand hoping to trade in precious stones.

What do those behind the curtain think about the industry’s dirty reputation?

Arseniy Budrevich, founder of Hatton Garden’s Budrevich Fine Jewellery Studio, says: “The bad press that the diamond industry has faced has mostly been more than fair. Child slavery, ruining the environment and ravaging developing countries are all valid reasons to criticise the industry, and we would be the first to do so.”

He goes on: “However, nowadays, with a lot more awareness due to cultural influences and social media spotlighting the issues, the industry has changed.”

He says: “Bad press isn’t all bad. If you read between the lines you can usually gain valuable insight into consumer sentiment and make the necessary changes to adapt. If bad press makes us stop and re-evaluate then it’s constructive and it works.”

“Bad press isn’t all bad. If you read between the lines you can usually gain valuable insight.”

Meanwhile, Nilesh Shah, director of RM Shah, is confident that mass perception of the industry is on an upward trajectory.

He says: “The Kimberley Process, along with increased traceability and consumer awareness, has forced the industry to sort itself out and try and root out those whose standards are falling below those demanded by modern society.”

The Kimberley Process is an international effort to make the trade of diamonds more transparent, traceable and, ultimately, ethical.

It was started in 2000 and its website claims the project has eliminated 99.8% of conflict diamonds from the market. By 2019 nearly £10 billion worth of diamonds had been approved by the process worldwide. Shah concludes: “The days of the industry getting regular bad press are very much behind us.”

Natural vs lab-grown
The latest worry for those working with traditional, mined gems is the new kid on the block, the laboratory-grown or synthetic market.

The more affordable alternative has seen impressive growth in recent years, and even claims to be a more ethical choice than its traditional counterpart.

Carat* is a demi-fine jewellery brand that exclusively offers lab-grown gems. Founder and CEO Scott Thompson tells Professional Jeweller: “Despite [the pandemic], the lab-grown market has grown from an estimated $500 million (£360 million) in 2017 to around $2 billion (£1.4 billion) last year, or about 2% or 3 % of the total mined diamond market. 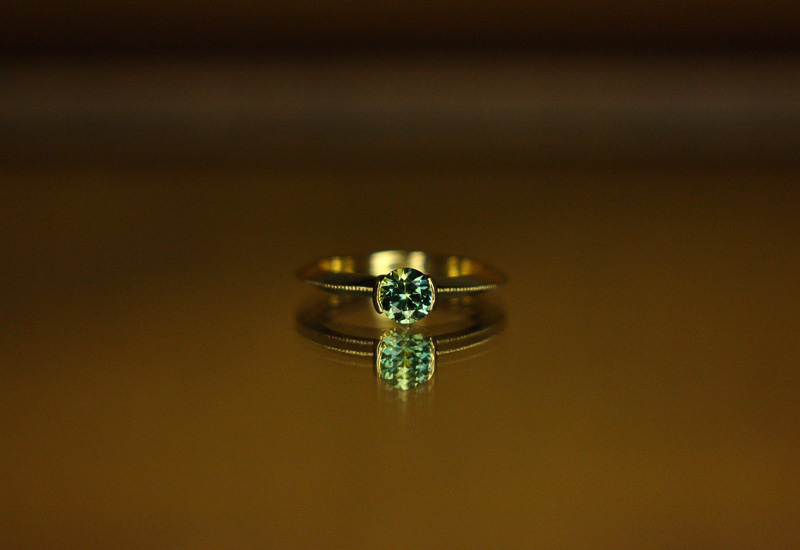 “Our take is that generation X, Y and Z are ready for radically different products as representations of love and life moments. The trend is leading many in these age groups to vote for what they believe in with their wallet. We believe the industry is about to completely transform for this new generation.”

Some businesses work with both kinds of stone, with retailers especially tending not to pick sides. Further up the supply chain, however, diamond suppliers can be ferocious in their allegiance, particularly to mined stones.

The perceived threat to natural diamond sales that is posed by the lower price point of lab-growns has caused something of a rift between proponents of each, with the latter frequently labelled as ‘fake’, ‘artificial’ and ‘not real diamonds’. Those on the other side of the fence claim otherwise, however.

Green Rocks Diamonds is a wholesaler of lab-grown diamonds, though its parent company Ofer Mizrahi Diamonds specialises in mined stones.

Green Rocks’ UK sales manager, Maiko Eaton, describes the processes by which lab-growns are produced: “Laboratory-grown diamonds can be grown in one of two ways: a method called HPHT (high-pressure, high-temperature), which closely re-creates the conditions in which diamonds are grown in nature, or CVD (chemical vapor deposition).”

She continues: “Both growth methods can produce a beautiful stone that is chemically, structurally and optically identical to a mined diamond, and each method has its merits for growing certain sizes, shapes and colours of diamond.”

Lab-growns are the future, but alongside natural gemstones.”

Anuj Sahny, director of natural diamond manufacturer Shamas BVBA, however, believes that while lab-grown pieces have their place, they are not without their own issues.

He says: “They are not carbon neutral yet and need lots of energy and power. Even after creating the diamond you still need to cut the stone, so the process is not fast and easy by any stretch.”

NB Diamonds deals in both lab-grown and natural diamonds, though it limits its supply of the former in order to not stifle mined sales. Director Nathaniel Bendayan, like many in the industry, believes that the two products target different buyers.

“The consumer looking for a natural diamond, and who is willing to pay its value, would likely not be swayed by an item of less value and strength because of its price point,” he says. “Such a consumer is aware of the superiority of natural diamonds and its longevity within the investment market.”

He goes on to add: “Natural diamonds are aged between one and 3.5 billion years old. They have a long history and are a part of our planet, just like human beings, so we have a special bond together.” 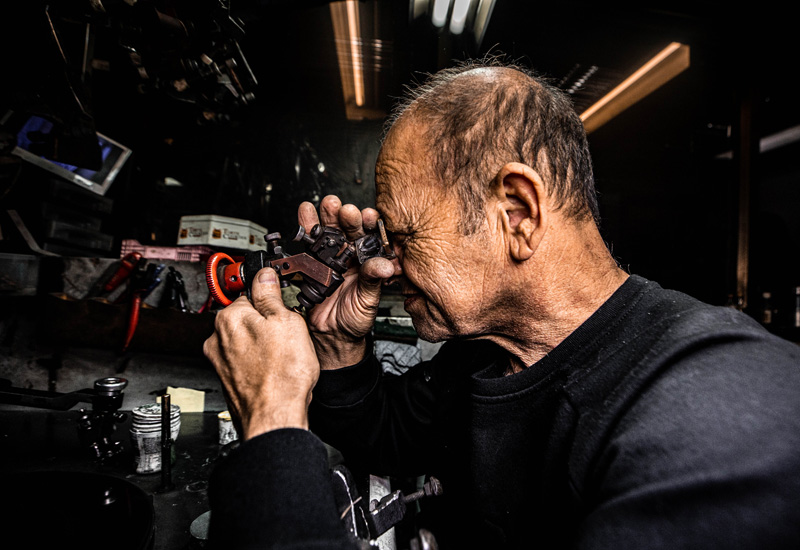 Cooperation
In addition to those who deal in either one or the other, there is a growing proportion who offer both. Could the two parties perhaps find a way to kiss and make up, and work together to better the industry as a whole?

Not only could this happen, it has to happen, say a handful of insiders. In-fighting between the mined diamond old guard and the lab-grown young guns is pointless, counterproductive and self-destructive, according to some, and while the pandemic still has its claws in the economy, the diamond industry cannot afford to continue consuming itself.

If the industry can unite over this issue, it will undoubtedly reap the rewards.

And there are signs of this beginning to happen. Even De Beers has acknowledged the inevitability of the lab-grown segment.

David Johnson, head of corporate communication, believes that there is room for both sides to flourish, and says that the industry needs to move “away from a situation where the two categories make negative generalised public statements about each other and create negative impacts on both sides”.

Despite its priority being the sale of mined stones, De Beers has dipped its toe into the lab-grown sector. Johnson says: “De Beers is a natural diamond company, but we also launched the Lightbox LGD business as our consumer research identified an opportunity for LGDs (lab-grown diamonds) to offer something different to consumers – colour and sparkle at an accessible price.”

Despite being a self-confessed romantic who “always preferred natural gemstones”, Clio Thomas, founder and designer of Clio Saskia, admits that even she has been convinced to join the lab-grown bandwagon. 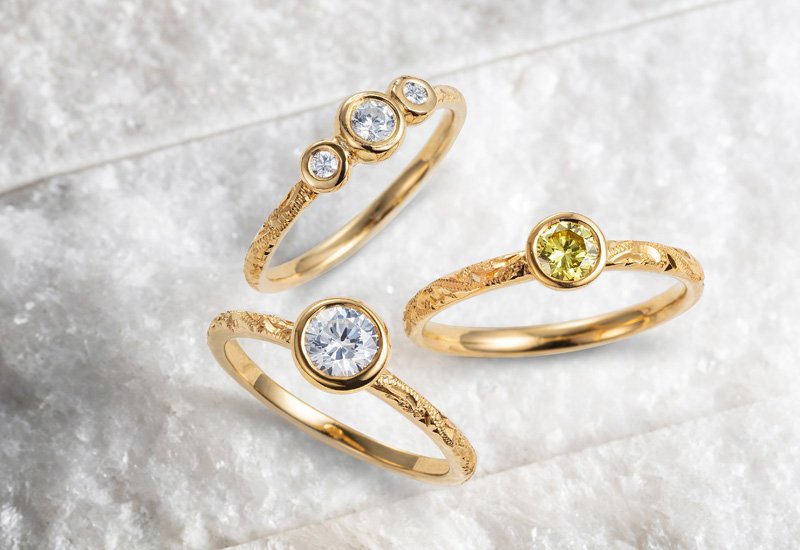 “Over the past few years lab-grown diamonds have become a great asset to the industry,” she says. “I think there is a time and a place for both natural and lab-grown diamonds, and it depends on the values of the individual customer or designer.

“Lab-growns are the future, but alongside natural gemstones. Both industries have different things to offer, but I am excited to see how the lab-grown technology develops, potentially offering new inventions and innovations.”

Lebrusan Studio and CodebyEdge are two of the new crop of brands putting an ethical and sustainable product at the forefront of their offering.

“All are sustainable and transparent, but each is slightly different in its ethical benefits,” says Arabel Lebrusan, whose business is trying to limit its use of new materials.

Meanwhile, CodebyEdge’s selection leans heavily on lab-grown, whilst also including a smattering of natural stones. “We only work with mined diamonds that are traceable and from reputable suppliers with whom we have personal relationships,” explains Donald Edge, founder and creative director of the company.

The future is being able to offer a choice where both natural and lab-grown diamonds exist alongside each other successfully.”

However, he claims that the benefits of working with lab-grown diamonds are too convincing too ignore, saying: “One of our main suppliers is moving to a 100% sustainable business model with solar-powered laboratories on the equator so the sun can power the production of the diamond. This leads to a negligible carbon footprint and zero damage to workers and the earth.”

Despite the shift, however, there are very few purveyors who deal solely in lab-grown diamonds. Most seem to want to leave the decision, ultimately, with the consumer. Lauren Davidson, founder and designer at Ellie Air Jewellery, says: “I think it’s up to the customer and their own beliefs, or budget, to decide what is best for them.”

Even those who deal exclusively in natural diamonds appear to agree with this sentiment. River Mounts’ Nathan Warburton says: “We talk about natural and synthetic diamonds like two different products. What if we change our perspective and see them as two sides of the same coin?”

He echoes the view that natural diamonds appreciate in value, while lab-grown will depreciate unless something is done to slow supply, concluding that there “is a market for each to co-exist, in both high luxury and affordability”.

NB Diamonds’ Nathaniel Bendayan adds: “Cooperation is the key in any relationship for it to be mutually beneficial.”

He believes that the two sides to Warburton’s coin are not in competition because they appeal to such different markets. Hopefully, then, they can stop taking pot-shots at one another for the good of the customer.

“For consumers,” explains Maiko Eaton of Green Rocks, “a natural diamond is real, but so too is a laboratory-created one. Discord between the two only serves to alienate a large portion of customers.

“The future is being able to offer a choice where both natural and lab-grown diamonds exist alongside each other successfully.” – www.professionaljeweller.com 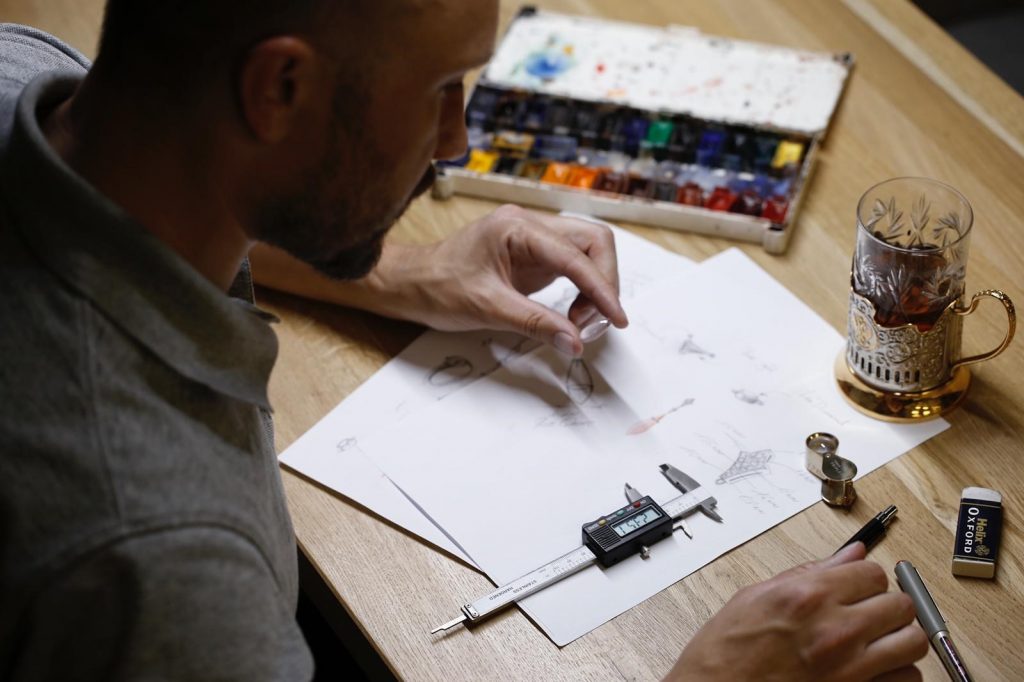